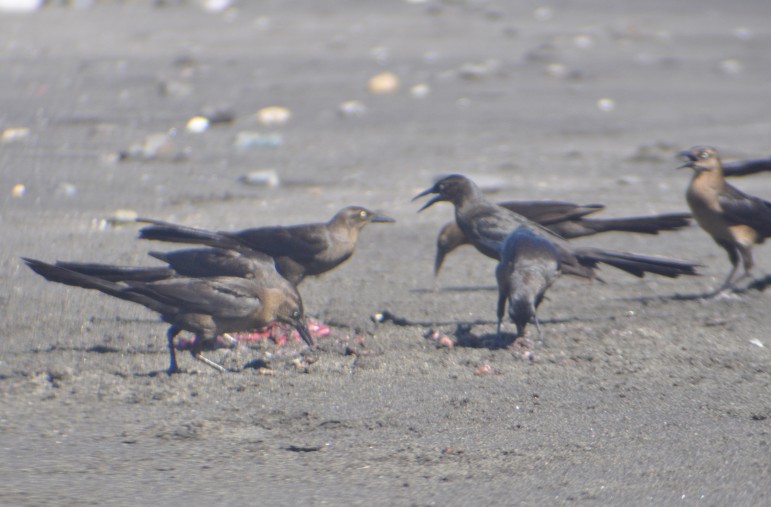 Here is the female Mexican Grackle or Great-tailed Grackle (Quiscalus mexicanus). Regardless if it stands in one place or flits around, its face has a fierce-looking demeanor. It has subtle variegation of colors: a dark ochre-colored belly, lighter in color compared to its dark caramel wings and tail.

As if on a stroll, the female Mexican Grackle can walk twenty-five to 100 feet across a two-lane asphalt road or along the edge of the water at the beach, as it picks at things in the sand or on rocks. It stays close to the water, but never walks in the water as it scurries away from an oncoming wave or flies and lifts off, almost sideways.

I have not heard this female Mexican Grackle say much, but when it does sound, it gives off a small quick quack, as the tail simultaneously moves up.

Finally, when they feed with other females of their species, they flit dramatically around over the food and look even more fierce. 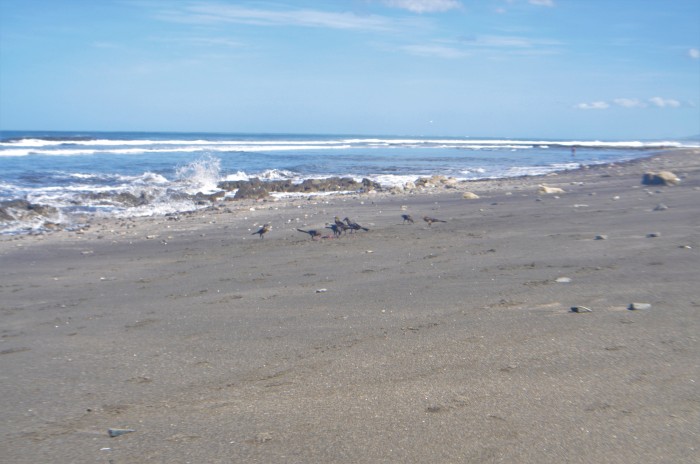 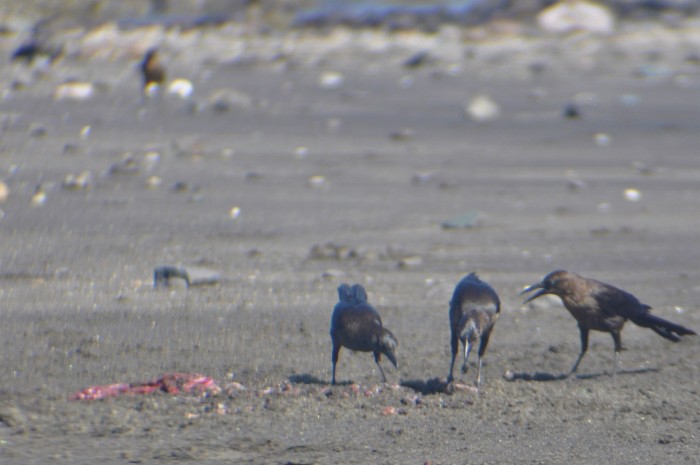 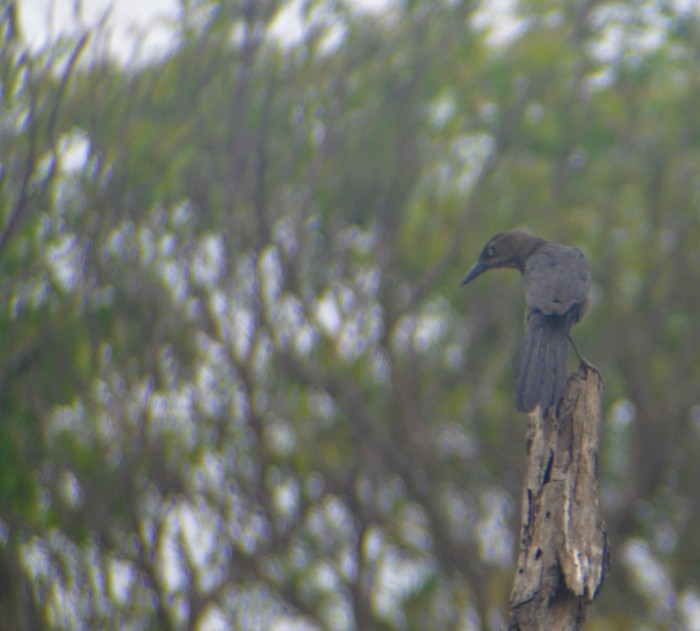